“Disdaining the language of signs that speak to the imagination, we have lost the most powerful of languages.” J-J. Rousseau 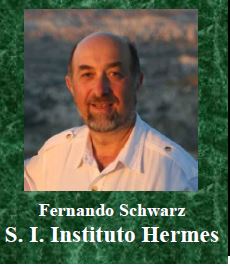 Ernst Cassirer reminds us that man does not live in a purely material universe, but in a universe of meaning and values, which organize his symbolic representation of himself and the world.

Despite the secularization of our contemporary societies, the archaic symbolic background of the human being has not disappeared and the dimension of the sacred is now hidden in our daily practices.

Symbolism is one of the hidden powers of power. The symbols of a nation are a true key to deciphering a political and social system.

On April 15, when the flames erupted around the arrow of Notre Dame de Paris, many of us felt like an intimate part of ourselves was on fire and also an aspect of our representation of the world. This unthinkable, amazing event provoked the feeling of experiencing a temporal failure, which suspends the everyday and produces a tear that tears us from ourselves and leaves us voiceless in the face of the immeasurable loss.

The symbolic and spiritual significance of Notre Dame de Paris suddenly emerged as a flash for both believers and atheists. All felt that beyond material facts lay a call from destiny. Hanna Arendt said that monuments constitute the nonmortal homeland of mortal beings, that common world of the living and the dead that constitute the roots of our own identities.

The Cathedral of Notre Dame is located at the heart of the sacred geography of power, established since millennia on the Island of La Cité. She synthesizes the secular identity of France, which brings together both transcendence, monarchy and revolution. The emotion produced by the discovery in the debris of the cock (symbol of the Republic) which thundered at the top of the arrow, above the cross, and which bore one of the thorns of the crown of the Christ, it bears witness to the strength of its symbolic and identity power.

It is interesting to see how this society that has hidden the sacred, before the loss of a monument like Notre Dame, becomes aware of what is disappearing and unites beyond differences in a deep emotion that incites its rebirth.

At the anthropological level, this category of emotions aroused by a catastrophe that marks the conscious or unconscious attachment to spiritual historical aesthetic values is called “patrimonial emotions”. Around the monument there is a form of sacredness that in the case of this cathedral is secular and religious.

As the ancient teachings say, from the ashes comes the phoenix of rebirth. The understanding of the heritage of humanity, and its contribution to identity as a regenerating matrix of the present and builder of the future, continues to be one of the essential lines of the International Hermes Institute.