THE RECONSTRUCTION OF A SYMBOL

THE RECONSTRUCTION OF A SYMBOL

When the roof of Nôtre Dame, built by Viollet-Le-Duc in the middle of the 19th century, burned down on April 15, the door opened to a passionate and exciting scenario: the reconstruction of a first-order element of culture from France and the rest of Western Europe. The passionate character could be perceived by the speed at which the economic donations followed to undertake the reconstruction, more than one billion euros a few days after the disaster, or by the immediate statements of the President of France Emmanuel Macron, in which he called to the material and spiritual communion of the nation in the reconstruction project of Nôtre Dame, which in five years would be executed, term whose viability has been questioned by architects and restorers. 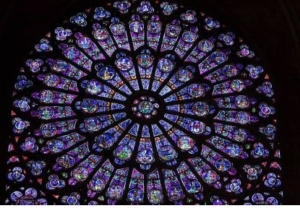 The reconstruction has also sparked a debate that literally divides France: how to carry it out, in the same way as it was or with a current design and materials? A few days after the fire, French Prime Minister Edouard Philippe announced the creation of an international competition for ideas on how to carry out the reconstruction of Nôtre Dame. On May 10, a special law that the government had developed for the reconstruction of the Parisian cathedral was approved in the National Assembly of France, after thirteen hours of intense debate. The French people themselves do not want to give up asserting their presence in this national debate, and social networks are the scenes of lit opinions on the matter. THE RECONSTRUCTION OF A SYMBOL

The designs that have been proposed are located between two extremes:  the identical reconstruction, and renovations that literally break with the style of the cathedral itself and even with the urban planning of the island of Saint Louis, where Nôtre Dame is located.

The twelve projects that are receiving the most interest are the following:

All this variety of proposals only fuels the exciting debate installed in France, among the most purists who want a faithful reconstruction of how Nôtre Dame was before the fire, and those who propose an “evolution” of the cathedral itself. The Minister of Culture, Frank Riester, advocated that “we must achieve an identical reconstruction, but showing creativity”, in an intermediate position between both positions, and surely more realistic considering that making a copy of the original can cause the “syndrome of the Sagrada Familia ”in Barcelona, that is to say, a detailed action that continues indefinitely in time, according to Jean-Michel Wilmotte, one of the first defenders of a“ modern” reconstruction.

We are not going to say what option should be made, a decision that corresponds to the specialists and the French people through any of their representation possibilities. But if we can raise another perspective: What does anthropology, human sciences think, through the mouth of its researchers? 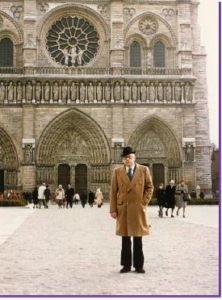 In addition to the religious dimension (we must not forget that we are facing a building destined for contact with the sacred), of the artistic, heritage and economic perspective (due to its impact on tourism), the cathedral of Nôtre Dame de Paris is a symbol, a symbol for France and the rest of the West. In the set and detail of his image are the invisible doors that, through imagination, activate intimate and deep feelings related to identity, belonging, with the universe that provides meaning to the soul. Such is the “procedure” with which the symbols operate. Nôtre Dame is part of the soul of France because its image is not indifferent to the soul of millions of French. Regardless of whether everyone is a practicing Catholic or not, whether or not they understand art, the symbol of Nôtre Dame opens paths, on the one hand to interior settings that connect with the ineffable perception of being French, of being European and, on the other, of the intimate subtle realities where the best of oneself springs, just as it happens with everything impregnated with beauty and excellence.

This symbolic function is not only not incompatible with religious, tourist, heritage use, but also interacts and feeds on them. The crucial question is the following: how far can a symbol be modified without losing its symbolic function?

I think this is the limit of any design, the maintenance of Nôtre Dame as a symbol. Beyond the singular occurrences, which have a lot of advertising, beyond the different layers whose totality we call “Nôtre Dame”, beyond the political game that distorts everything, we are facing the reconstruction of a symbol. A challenge for all human sciences.