Persons of Austria, Germany, Brazil, Ecuador, El Salvador, Spain, France, Israel and Portugal, they have taken part in an International Meeting of the
Institute Hermes, which took place in Buenos Aires from July 16 to July 18 in Amenabar’s historical school.

In a brotherly environment it had time for the knowledge of the historical geography of the city, to develop a practical workshop on the imaginary one and to support an organizational meeting. 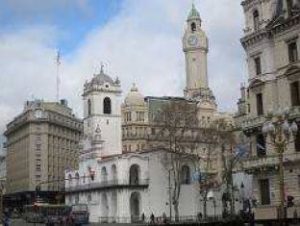 The first day, in the cold day of winter, the streets of Buenos Aires were crossed after the fingerprints of his history. This way, it came near to the Mayo Scuare, where they find the first places occupied by the primitive city, when it was founded at the end of the 16th century. Visit of the Chapter, former headquarters of the municipal government, where one finds a museum dedicated to the Revolution of May, 1810, when the territories of Argentina become free of Spain, and in that they can find many paintings and objects related to this epoch: protagonists’ portraits, pictures of warlike scenes, documents, objects, etc. Definitively, the whole tour for the history, indispensable to understand the events of the birth of the Argentine nation.

Together of the Chapter one finds the Cathedral, with a modern construction that surprises for the style of the front, classic entirely, and in whose interior is the tomb of the general San Martín, liberator of Argentina, Chile and Peru, considered as Father of the Mother land in Argentina.

After eating in a traditional pulpería, that is to say, typical economic restaurant of Buenos Aires, it came near to the Block of the Lights, place where the institution of the Jesuits was up to his expulsion, and whose space was used later by different organisms related to the freedom and the knowledge, including the prestigious National College of Buenos Aires, the first one that I found in the Capital. For all this, this location takes the name of the Lights, as allegory of the Knowledge. 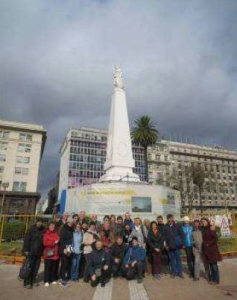 Finally, a very interesting visit to the Ethnographic Museum of Buenos Aires, which shows characteristics and scenes of the cultures indigenous to the Argentine territories.

In the second day, with a more academic character, there was class given by Fernando Schwarz and Laura Winkler, in whom an introduction was done to the rate of the imaginary one developed by Gilbert Durand and there were realized individual practices created by Yves Durand that help to know the type of imaginary with that the mind works of each one.

Everything was very illustrative on the application of the concepts of the imaginary one of G. Durand. 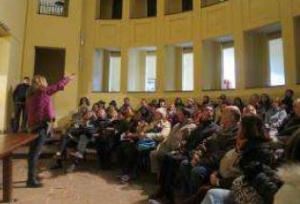 Finally, the third day there was an organizational meeting and Delia Steinberg Guzmán’s
magisterial class on the education and the evolution of the human being. It cannot be asked any
more.